Henry attended Dun Laoghaire College of art and design and began his career in 1989 with Don Bluth Animation Studios in Dublin. Here he spent four years as a background artist on the feature films Thumbelina,
A Troll in Central Park and Rock-a-doodle. 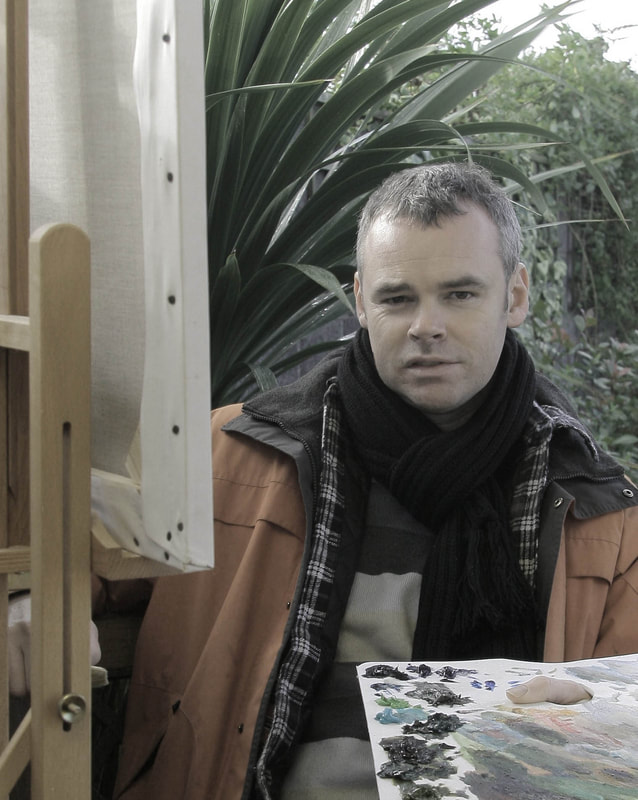 Henry returned to Ireland to establish himself as a traditional artist and has had many successful exhibitions in high end galleries such as The Royal Hibernian Academy. Corporations like Bank of Ireland, Allied Irish Bank, FBD and The Department of Agriculture collect his art.

While gaining a deeper understanding of colour, staging and harmony in all traditional fields, Henry began exploring the next chapter in his career by studying digital painting. Today he is an accomplished matte painter and currently heading the Background Department in Trilabyrinth.  Projects to date include Age of Gods, Disney’s Epic Mickey, Kingdom Hearts and more recently Star Wars Attack Squadrons. As a senior artist with Trilabyrinth he is responsible for the companies look and quality for their own I.P under development.
Henry's currently tutors for for both oil painting and Matte painting in his studio near Navan, Co.  Meath